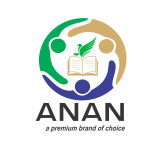 He made this known during an interview on Lagos Television (LTV) on Monday 5th December, 2022 in Ikeja.

The President said in rebounding Nigeria’s economy, a more conscientious approach must be adopted in the preparation of statement of accounts through which public accountability is rendered and measured.

He noted that accountants as gatekeepers of public trust should always be exemplars of credibility and advocates of good governance.

ANAN Chief Executive Officer, Dr. Kayode Olushola Fasua in his remarks noted that adherence to dictates of transparency and accountability will help eradicate corruption and poverty in the nation.

He called for more commitment to ethical observance and professional competence in sustaining public trust and boosting the national economy.